It’s literally my business to understand how Facebook works and hack it.

FACEBOOK IS BUILT TO BUILD ECHOCHAMBERS – insuring that none of us are exposed to a different perspective and that we become more and more entrenched in our own.

To learn something new today, to understand where someone else is coming from, to gain empathy and maybe even change your mind…hack Facebook. Here’s how.

1. Make a new friend with a different perspective.

When I see a thoughtful comment from an atheist on a friend’s post? I friend them. When I see a well-reasoned liberal or conservative comment? I friend them…because I’m neither. As a result, Facebook is very confused by me and serves up all kinds of perspectives in my newsfeed.

2. If you have a page, “boost” a post in a way that invites a different point of view to the discussion.

Boosting creates a “sponsored post” and costs money. (You can’t do this on a personal profile.) You can then “target” an audience with a perspective different from that of the bulk of your fans. The post will then show up in the target audience’s feed. Most of my fans are white, moderate-conservative, Christians, living in the Bible Belt. I recently wrote about racial division in a specific city. I wanted my audience to hear a perspective different from their own on the issue, so I boosted the post and targeted non-whites from that city, who were not fans of mine but who were fellow Christians. As a result, over 18,000 people – of all races and across the political spectrum – read the post and were able to join the conversation.

3. Never unfriend someone you disagree with or hide something they post. Ever.

Facebook will stop showing you anything from that perspective.

4. Share an article from a different point of view.

Liberal? Share something from Fox News. Conservative? Share something from Mother Jones. Share one thing you learned from it – just one thing that made you go “Hmmm, that’s interesting.” Lead a healthy discussion about it. Facebook will think you want to see more from these sources and – Shazam! – you get more variety of thought in your life.

5. DO hide comments that don’t move the conversation forward or are unkind.

The person who left the comment will still see it and won’t have any idea their comment has been hidden, but you’ll keep their pee out of your pool so everyone can keep swimming. Hiding comments doesn’t change how Facebook treats you, but will train your readers to treat one another with respect because they’ll ONLY see civil discourse taking place on your profile. Civility will become the norm.

Why wouldn’t you want to? What’s it cost you? What scares you? I’d love to hear from you in the comments.

Published with permission from shaungroves.com. 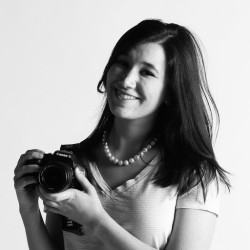