When It’s Not How You Planned It “This is not how I planned it”

Have you ever said that about your life?

Have you ever said that about the direction that something you anticipated going in changed?

You had a different idea in mind.

Life played out differently than you had dreamt.

Life played out differently than you had hoped.

That situation played out differently than you prayed for.

I think she was tired of being optimistic and hopeful.

I think she was tired of guessing when things would change.

I think her heart felt like her time was running out for her good desires to be fulfilled.

I think… she was tired of trying to figure God out.

We try this. We try to understand His plan. We try to fit in our tiny minds the “why’s,” the possibilities, the expectations, the disappointments, the misunderstanding.

We try to explain away our pain.

We try to explain away our dreams.

We try to explain what we cannot understand.

Maybe this will happen.

Maybe if I prayed more.

Maybe if I learned another lesson.

When we have run out of “maybe’s” is when our Faith intersects with our unknowns, our unexplained, and our misunderstandings.

Our faith dives into that place of “what is going on” and says,

“But he said to me, ‘My grace is sufficient for you, for my power is made perfect in weakness.’ Therefore I will boast all the more gladly about my weaknesses, so that Christ’s power may rest on me.” (2 Corinthians 12:9)

Its more than enough.

That situation played out differently than you prayed for… but God’s grace is enough.

It will carry you through today.

I thought about the verse that says,

“The Lord is near. 6 Do not be anxious about anything, but in every situation, by prayer and petition, with thanksgiving, present your requests to God. 7 And the peace of God, which transcends all understanding, will guard your hearts and your minds in Christ Jesus.” (Philippians 4:5-7)

So check this out. I’ve always read this verse starting at the “Be anxious for nothing” part, but look right before it – it says “The Lord is near.”

“Be anxious” for – nothing!

I mean that is a tall order for someone who is facing a lot of unknowns isn’t it?

Be anxious for NOTHING.

How is this possible? I’m asking you, but I’m really asking me too. Anxiety is something that I’ve struggled with and I have no problem being honest about it because I know I’m not alone.

I know that I’m not the only one on the planet that wrestles with fear.

I know I’m not the only one who wrestles with trying to “figure God out.”

I know that I’m not the only one who struggles with racing thoughts.

I know that I’m not the only one who wants to rest.

I know my friend who shared she felt fearful that tomorrow wouldn’t be different or better isn’t the only one.

Its enough. Why? Go back to the first part.

“The Lord is near”

And where He is near… there is His grace.

I’m reminded of how His grace was enough for Abraham as he walked up to the altar and began to lay down that which was precious to Him.

He was willing to lay down his dreams of having, holding and keeping his son to himself and layed him on the altar.

He was willing to hold loosely the things he had envisioned for himself and offer them back to the giver of all and every good and perfect gift.

I mean, wow… that’s faith. That is trust. That is love.

Waiting for a spouse.

Waiting for a child.

Waiting for a breakthrough.

Waiting for our doubt to turn into faith because His grace is sufficient and sufficiently holds us amidst unknowns.

His grace sufficiently holds us in between.

His grace sufficiently holds us underneath.

His grace sufficiently holds us above water when we feel like we are drowning.

Not once in awhile… but in every moment we are held by that grace for each moment, carrying us to the next.

His grace is sufficient because He is near.

Be anxious for nothing – for the Lord is near.

doubt, Grace, hope, plan, question Back to all posts 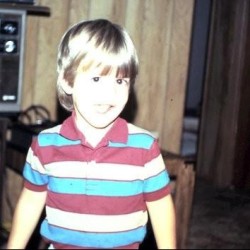