How WAY-FM Reminds One Listener She Is Never Alone!

My name is Kathy and I am WAY-FM!

I am the wretch the song refers to.

I grew up in the 70s and 80s. That’s right, it was the time of crazy hippies followed by disco fever. If there was a mistake or poor choice to be made I was all over it. I am a cat person, and I am ” too close to nine” to count how many brushes with death I have had.

One day I found myself lying on the floor of a hotel room losing consciousness, and I remember crying out, “Jesus please help me.”  I instantly opened my eyes and was able to crawl to the door so I could unbolt it, and the hotel maid could call an ambulance. Thankfully, I recovered before she needed to get involved. The life I was living then was very chaotic.

Thankfully, I eventually escaped that life. I still had issues with depression, and the many things that go with it, but I put God back into my life.

I got a job at Pepsi and met the love of my life there, and when I had my daughter I swore off alcohol and raised my child in a sober home.

My co-workers told me about WAY-FM! At the time, it was a new station, and I was in the car with my daughter when the singer Madonna was playing a particularly nasty song, and I found myself immediately switching the station to WAY-FM.

The music was so positive and uplifting I left it on, and WAY-FM has been a part of my life since.

WAY-FM doesn’t just inspire me through the encouraging music, but I have found my best friend through volunteering as a phone operator during pledge drive. I don’t know where I’d be without WAY-FM. About six months ago, my husband  passed after a battle with cancer.  It was surreal. We were together for thirty years, and he was my earthly hero. That week was hard. My daughter was married on that Friday, and her dad’s funeral was the next morning. He would not have wanted her to postpone, and both families had already arrived in town for the wedding.

At the time, I remember hearing a song called “I Am Not Alone” by Kari Jobe. That was my anthem for the first several months. Now there’s a new song called “In The Eye of the Storm” by Ryan Stevenson on WAY-FM that reminds you that even if your sails are torn God is still going to be your anchor. We all make mistakes, we all go through hard times, we all have our sails torn at some point, but He is always there for you!

There is nothing to fear if Christ is in your life.

I have to keep reminding myself of this as I go through the grieving process. Time to go turn on the radio.

Fort Myers, Stories, WAY-FM Back to all posts 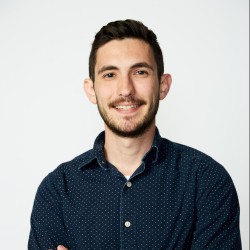